For the sixth year in a row, Colorado Film School students at the Community College of Aurora won awards at the National Academy of Television Arts and Sciences’ Heartland Emmy Awards, which recognizes outstanding achievement in television, commercials and student productions. This year, the Heartland Emmys received 1,155 entries from news stations, four-year universities, two-year colleges and other organizations across five states. Of those entries, only 148 were awarded Emmys. The results were released July 25.

“Colorado Film School students have had a great run of success at the Heartland Emmys, and we’re so proud to have two more of our students continue that tradition,” CFS Director Brian Steward said. “Watching these young filmmakers find their voices is inspiring to us all.”

In the Student Production Short-Form Non-Fiction category, CFS graduate Bradley Kussy won for “No Limits,” a documentary about Iraq War veteran Travis Strong, who lost both of his legs to an improvised explosive device in 2006. Rather than surrendering to his PTSD, Strong has pushed himself to do what most can’t, like completing the Tough Mudder and summiting the 2,744-step Manitou Incline near Colorado Springs.

“I did ‘No Limits’ because I know a lot of men and women who have served or are currently serving in the military and fallen victim to depression, anxiety and suicidal behavior due to their war efforts,” Kussy said. “What I learned from doing this project is that making a documentary isn’t just about throwing together facts, pictures and pretty images and seeing what happens. It’s about creating a story that the audience can relate to or, at the very least, simply appreciate. I wanted to bring Travis and his efforts to life and let the audience see him for the inspiring hero he really is.”

In the Student Production Long Form Fiction category, CFS student Ethan Gurule won for “Staccato,” a story about unrequited love and the fear of being alone, expressed through the art of music.

“To win the student achievement award for ‘Staccato’ is beyond an honor as it tells me that this is a story that resonates with people,” Gurule said. “While ‘Staccato’ has a focus on LGBT issues, it’s a story that, at its core, anyone can relate to and I’m beyond honored to have this story be recognized by the Heartland Emmys.”

Two other CFS students were nominated for Heartland Emmys — Rob Ramos in the Student Production Short-Form Non-Fiction category for “Shrouded” and Gabe Macalintal in the Lighting category for “Get Your Edge Back.” Macalintal won a Heartland Emmy in 2017 (Camera Operator category, “The Extraordinary Story of Oliver Wyght”).

Accolades are nothing new for CFS. From 2015 to 2019, the school collected eight Heartland Emmys. Outside of the Heartland Emmys, CFS has been named a “Variety” top film school the last six years. This year, CFS was named alongside the likes of the Beijing Film Academy, La Femis in Paris, New York Film Academy and the University of California Berkeley.

"Our college is so proud of how the Colorado Film School consistently graduates students who demonstrate these high levels of filmmaking skills, and the creativity, gravity and attention to detail of their pieces amaze me every year,” CCA Dean of Academic Affairs and Transfer Initiatives Chris Tombari said. “Faculty work tirelessly with the students, and as a team they complete these compelling documentaries and wonderful stories, everyone hyper-focused on what it means to produce a quality film. Accolades such as these that come out of the Heartland Emmy Awards are truly deserved and a testament to both the faculty and students’ dedication to the craft.”

*Video and Press Release Courtesy of Community College of Aurora* 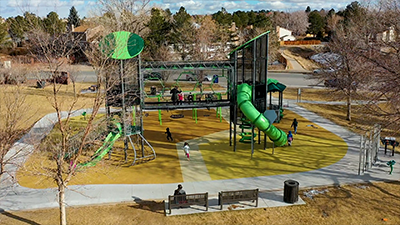