Rangeview was selected as Special Olympics Colorado's Unified School of the Year for 2019. A unified team joins people with and without intellectual disabilities on the same team. These teams promote inclusion and give students with special needs an opportunity to play on a school sports team. Rangeview was also honored by the Broncos as one of three Premier Unified Champion Schools in the Aurora Metro Area.

"Since becoming a Unified Champion School four years ago, you have embraced the program to the fullest extent. What started as one unified basketball team, soon grew to include unified soccer, track and field, flag football and cheerleading teams.

Your teams have competed with fans in the stands, against other schools and at our Special Olympics Regional and State Competitions. Your basketball team has played in front of tens of thousands of fans at the Pepsi Center during a Unified Exhibition. Your soccer team went on to bring home the gold at State Summer Games and represented Colorado as the Rapids Unified Soccer team, traveling around the country to compete against other Major League Soccer Unified Exchange Programs!

However, your commitment to inclusion extends beyond the basketball court or soccer field. You are working to live inclusion in all that you do! You have a student-led Unified Leadership group, have held Inclusion campaigns within your school, hosted the statewide Unified Champion Schools Youth Summit and have two students who serve on Special Olympics Colorado’s State Youth Activation Committee. In your work, words and action, you are showing that everyone has a right to play, learn and live together!

You know the type of world you want to live in and you are working to create it! But your work is just beginning! We must all continue this important work until everyone, intellectual differences or not, feels included, respected and accepted for who they are!

There are nearly 380 Unified Schools across Colorado and it is because of your unwavering commitment to creating an inclusive and welcoming school for students of all abilities that you are our Unified School of the Year!"

Pinball popularity. It’s a thing. That’s why an Aurora man built his entire life around this part of history. And we mean his ENTIRE life. 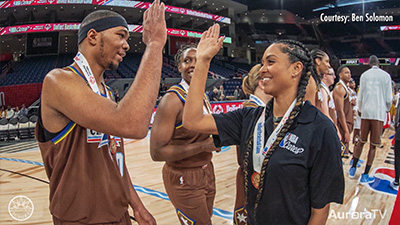 02:37
Aurora All-Star
It's not everday you get to hit the court with basketball legends.  Through Special Olympics, Nate Wade was selected to particpate in the NBA Cares Special Olympics Unified Sports Game during NBA All-Star Weekend...
Series:
Beyond the Scoreboard
Posted:
2/27/2020
Category:
Sports and Recreation
Share this Video:
Aurora All-Star
Category: Sports and Recreation

Have you had a chance to play pickleball? It's the new craze that is taking over Aurora. AuroraTV explored what makes this sport so popular and why you wont find a pickle out there. 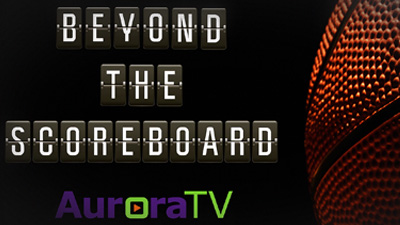 Sports in Aurora means way more than who wins or loses. We leave the fields and gyms behind and travel Beyond the Scoreboard.